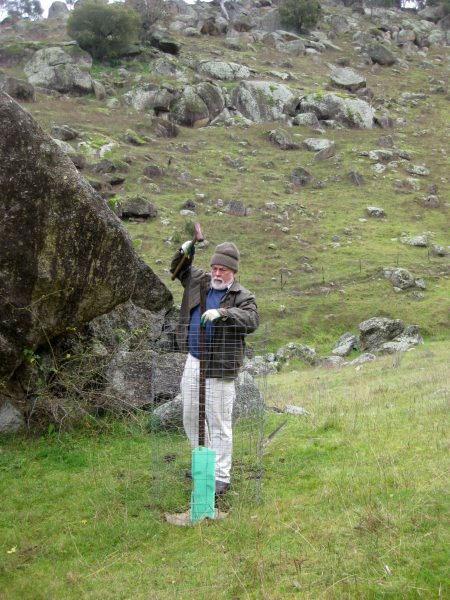 Hovell's Creek Landcare has recently employed Nicole Gamme as their Landcare Support Officer. A major part of Nicole’s role is to collate findings on former group projects that were funded by state and federal governments as well as some works funded by landholders themselves.

A number of these projects have involved fencing and tree planting. Landholders will be interviewed and sites inspected to gain an insight into what has worked and what has not. Where possible, photos will be included to show how this landscape has changed. Some of the tree plantings extend back to the late 1990's. This information will be collated into a book. While there has been good survival rates for many of the shelter belts, one challenge is that some wattles within the tree belts have died and not regenerated.

LachLandcare Inc. is an advocate, communicator and mentor for landcare ideas and action in the Lachlan. It aims to create resilient landscapes and communities through collaborative partnerships that optimise use of resources.